You’ve bought your new male puppy and the time has come to make that big decision. You know. The one that will stay with you for the next decade or so. So here you are searching all over the internet looking for unique boy dog names.

The task of finding dog names for males is quite intense, isn’t it?

I know because I have done this myself many times (I even had to write a list of female dog names so I could cover all bases!)

To make things a little easier for you, I have laid out the following names for a boy dog in alphabetical order (I even found some beginning with X!)

This post may contain affiliate links. They cost you nothing but we make a small commission. All of the products that we recommend have been reviewed and tested by us. To learn more visit our disclaimer page. 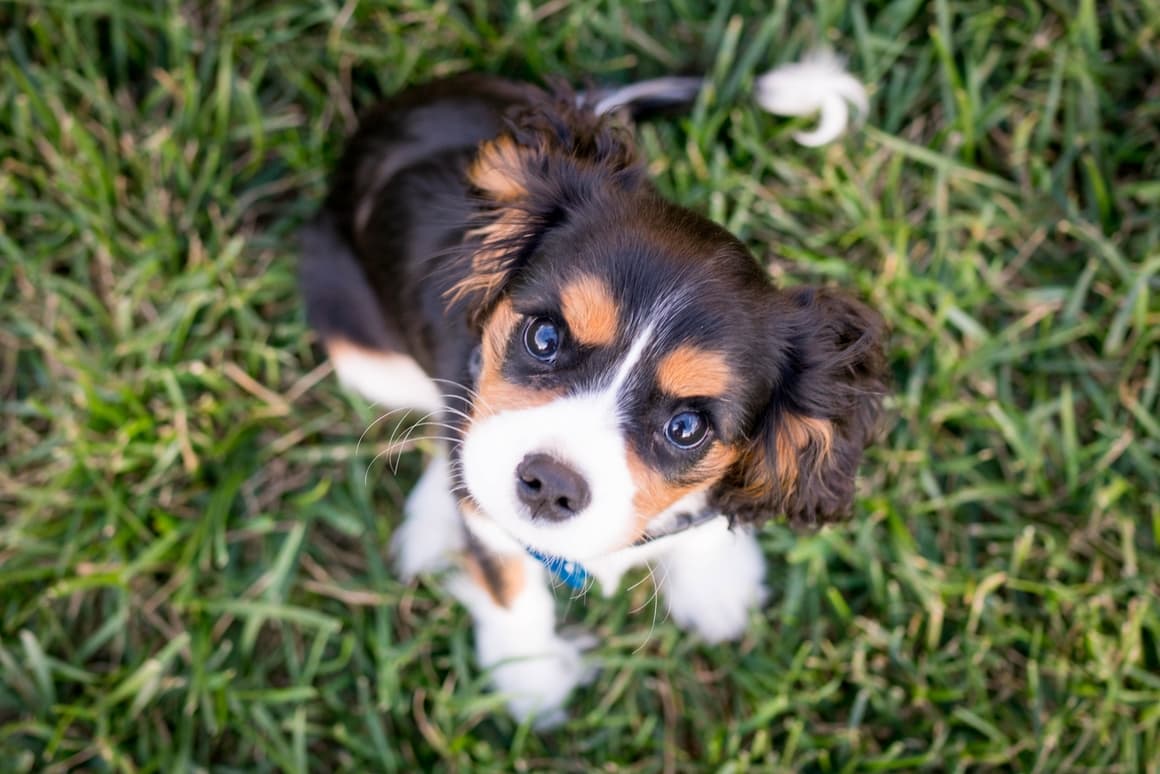 What name do you think I would suit?

What To Look For When Choosing Unique Boy Dog Names

I suggest that you take your time as you look through these boy dog names.

When one takes your liking, add it to a shortlist.

It is easy to become overwhelmed when choosing a unique name for your dog – one that the entire family will have to love and so narrowing the search down to three or four names will make things a whole lot easier for you.

Try and choose an original name. You don’t want to be walking with your dog at the local pooch hang out and hear the same name being called more than once.

When Naming Your Dog Remember! Not too Many Syllables

Try to keep the name that you choose for your boy dog to no more than two syllables – or a maximum of three. Any more and you may find it quite a mouthful when you are trying to socialise him and get him to learn the basic commands of training!

Look for a name that suits your boy dogs personality. You can do this by discovering the meaning behind the name (I have done this for you!)

You may have a delicate little Shih Zu, in which case a name like ‘bulldozer wouldn’t quite fit (although not out of the question – depends if he has a bulldozer personality!) Check out our small dog names boy section at the end of the post.

Similarly, your new dog may be a hefty Bernese Mountain Dog in which case trying to match him with a name like Pebbles might embarrass him somewhat when he hangs at the local dog cafe!

If you have chosen to buy a big white dog breed then naming him Ebony or Nero (very popular male dog names) might not quite cut the mustard.

Choose a name that will suit your boy dog for many years to come and one that you don’t have to spend explaining the meaning behind to every stranger that asks!

If you have a cute looking dog then check out our cute boy dog names at the end of the post.

Without further ado, the finest list of boy dog names and meanings: 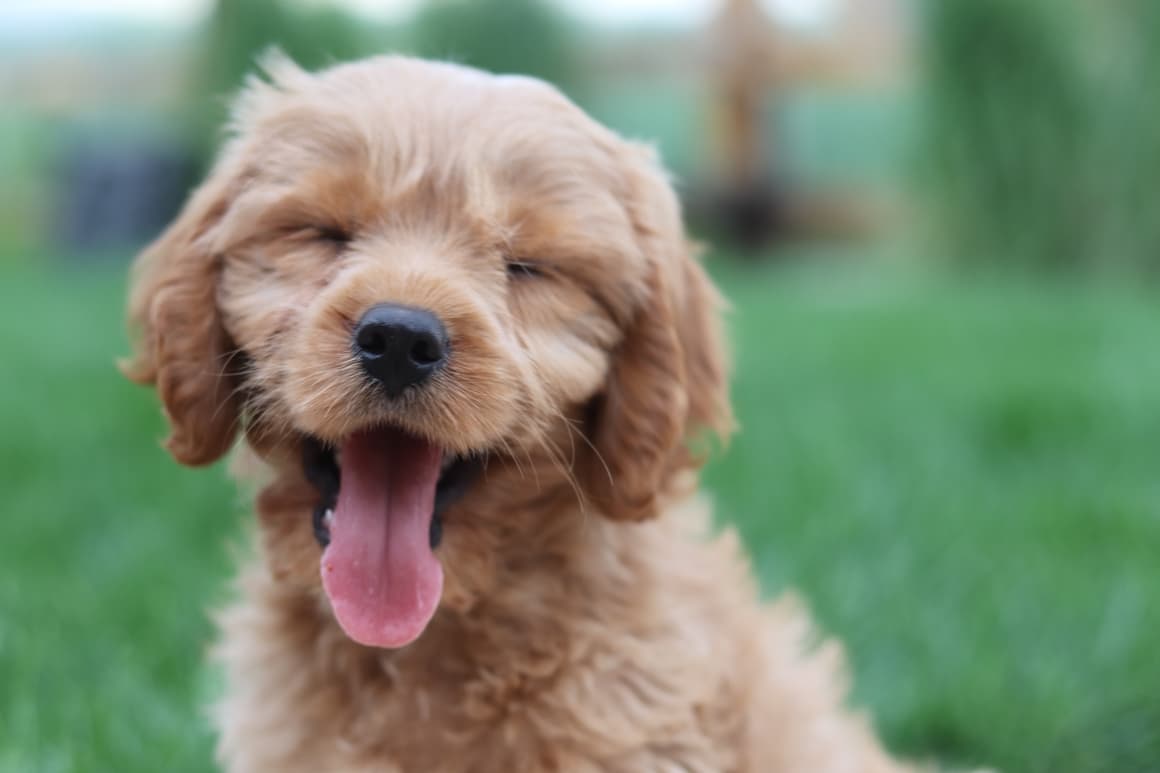 Get ready to make a shortlist of all the unique boy dog names!

WITHOUT spending $$$ on fancy courses or long-winded books? 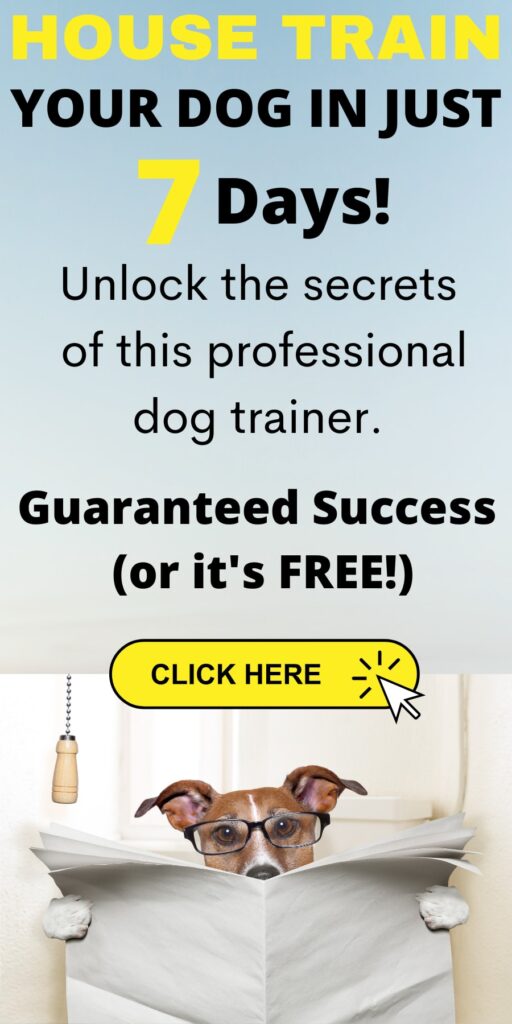 Atticus  – Of Latin origin. Made popular by the book ‘to kill a Mockingbird’

Bruce – French. Originated from Robert the Bruce, who became the king of Scotland in the 14th century

Chase – Originating from the middle ages in England, meaning ‘hunter’

Cesar – Derived from the Latin word ‘Caesaries,’  meaning  ‘head of hair’ (perfect for a dog with a beautiful coat such as the Bernese breed!)

Drake – Same as above but if you are not an HP fan then maybe choose this one!

Easton – If you live in the East of the country you might like this! Originating from Britain meaning ‘east settlement’ 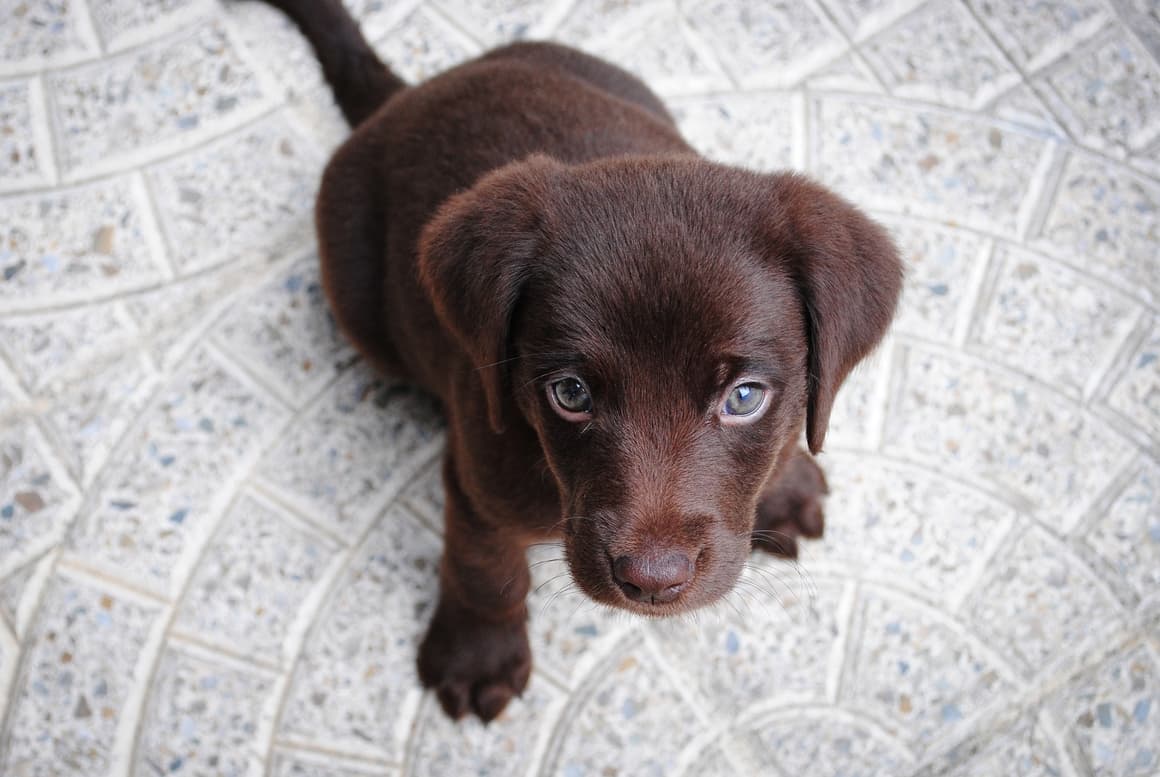 “I could be a helper?” Unique dog names for boy dogs

Fox – British word referring to the sleek animal – the fox 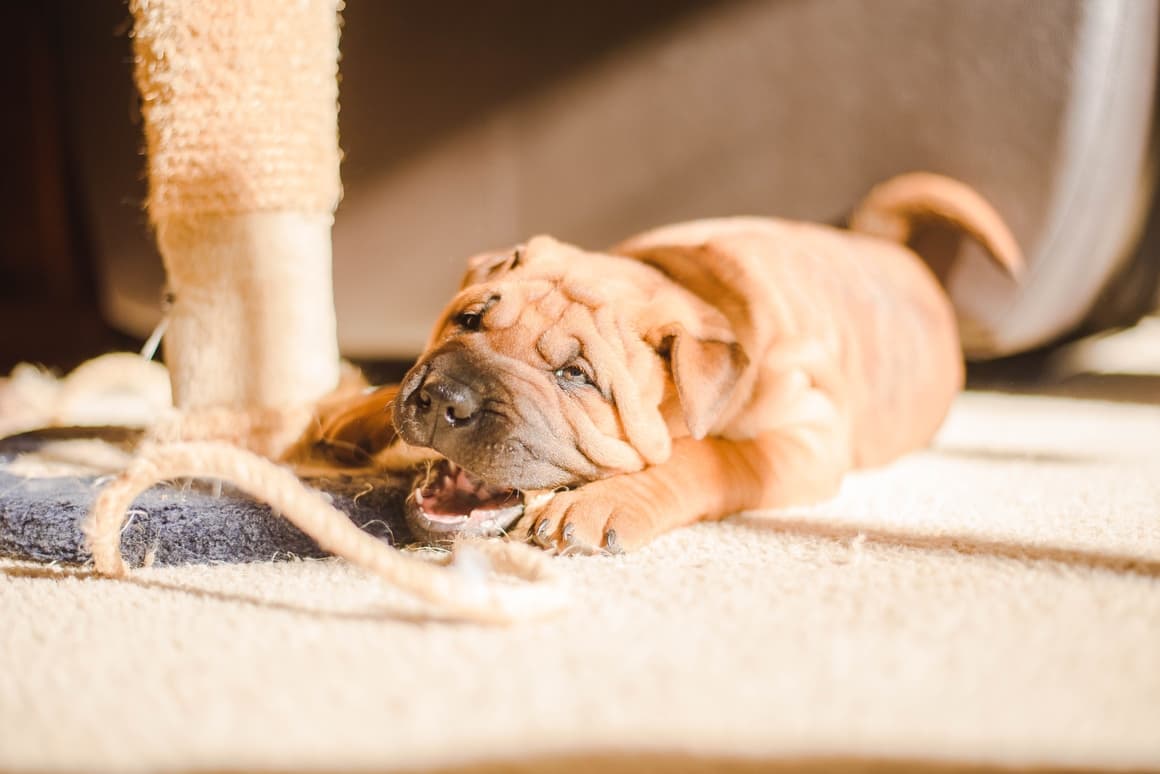 Gideon – Powerful warrior. What do you think? 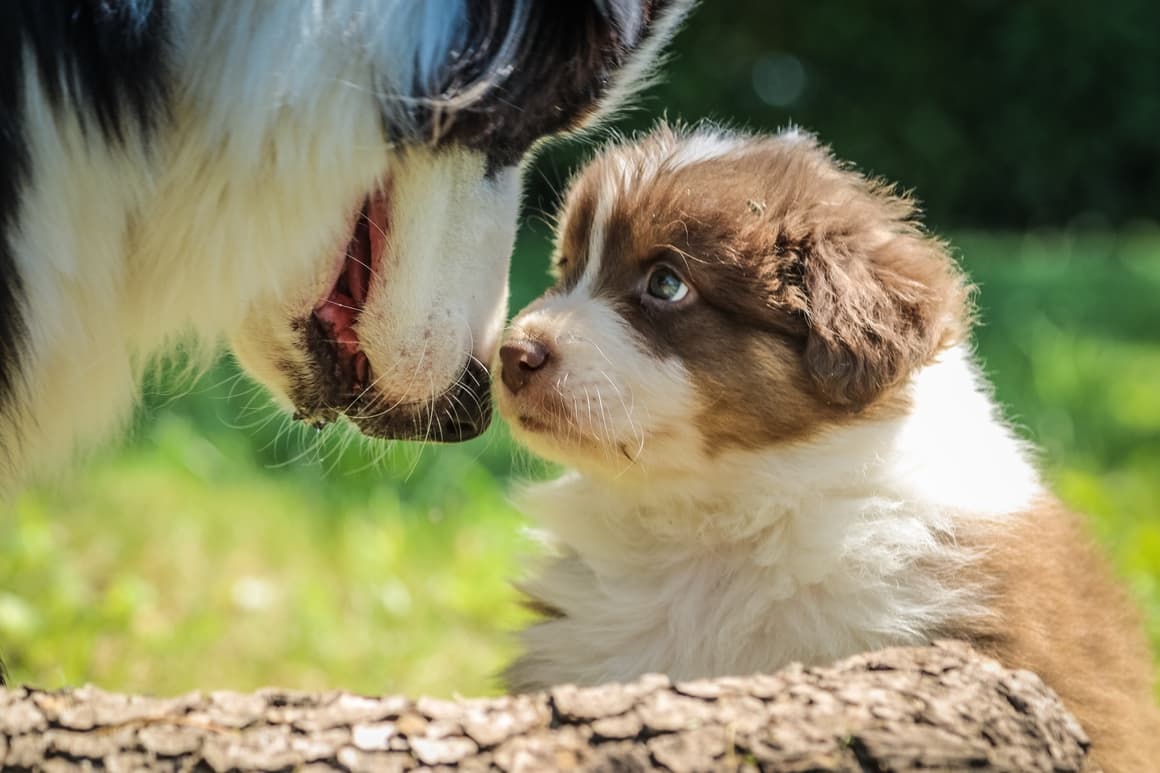 “Hello. My name is Leo. It means Lion. What do you think?”

Milo – Now a very famous drink in New Zealand, the name Milo is an Old Germanic form of the name Miles, which comes from the Latin word for ‘soldier’

Milan – Is a Sanskrit word meaning ‘coming together’

Odin – Norse origin. Odin was the god of Norse mythology, identified with art, culture and war 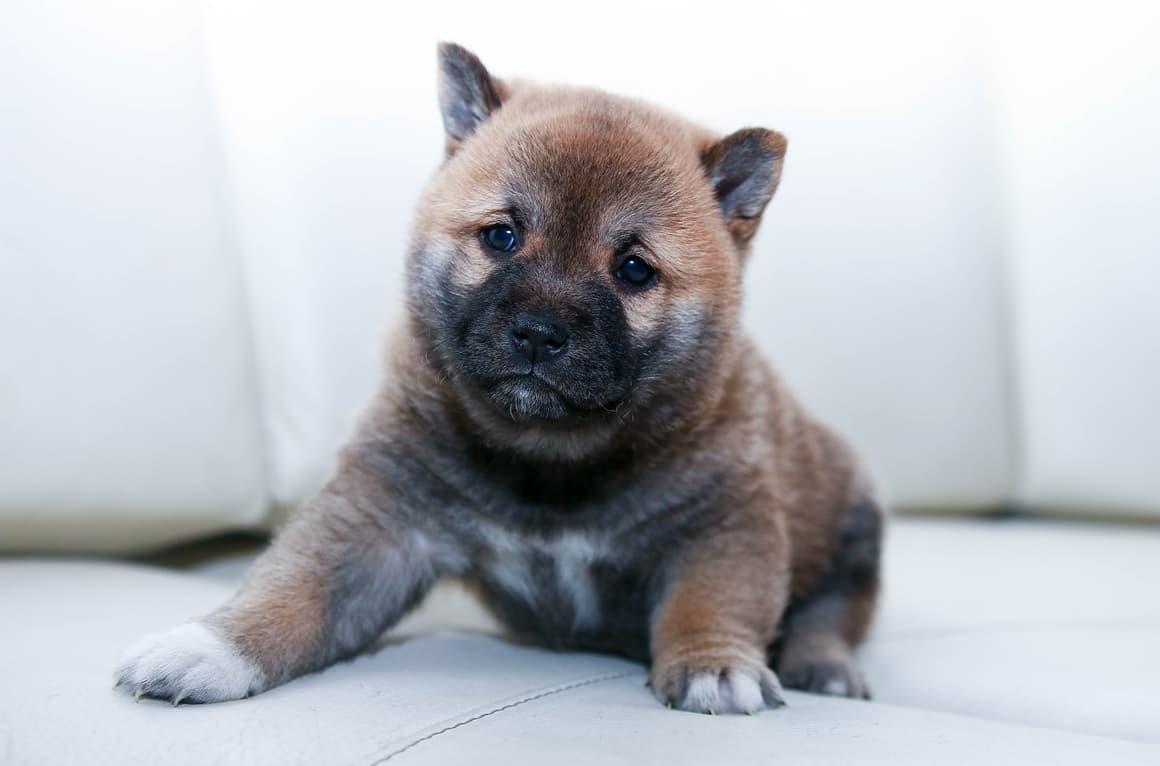 Orson. Meaning ‘Bear’ Is this the perfect name for this boy dog?

Perseus – Greek origin. In Greek mythology, Perseus was the son of Zeus and Danae’

River – A popular British name for people who love nature 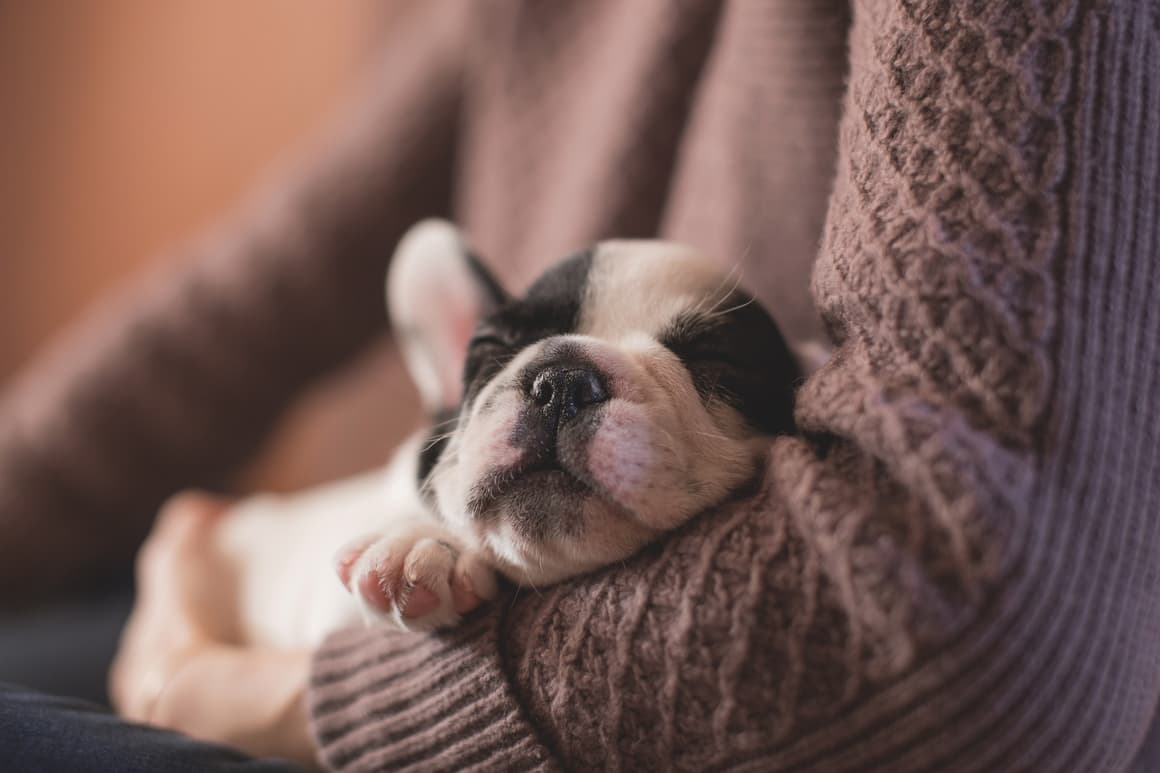 Sergio. Latin meaning ‘servant’. I could do that. Once I wake up…

Titus – Latin origin. Name of a Roman emperor in the first century 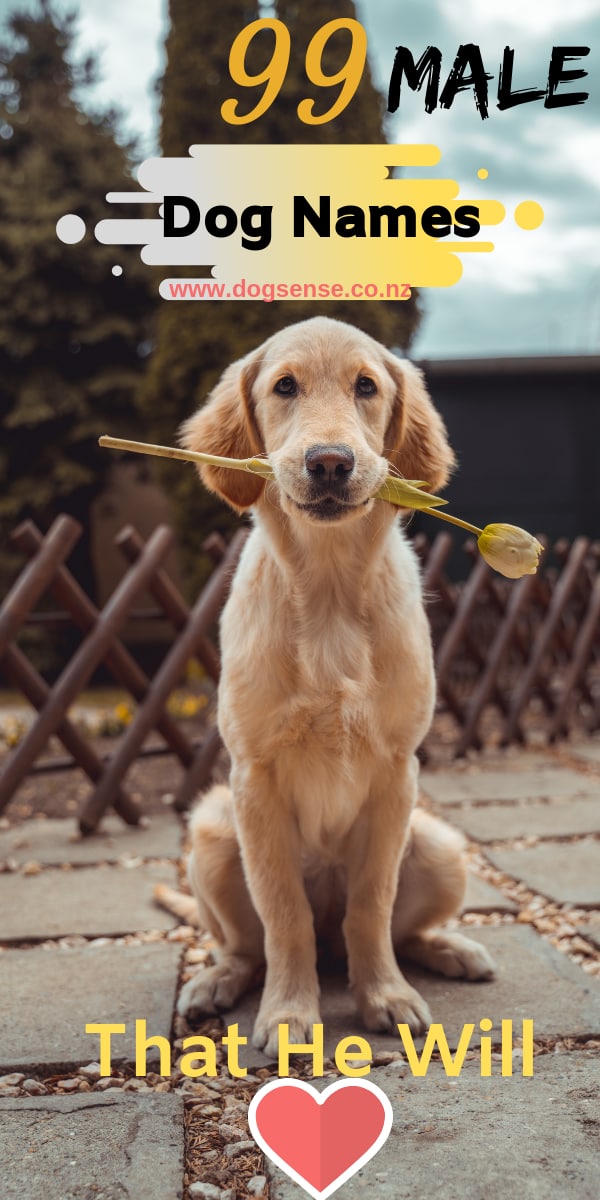 Umer – Arabic for ‘prospering or thriving’ 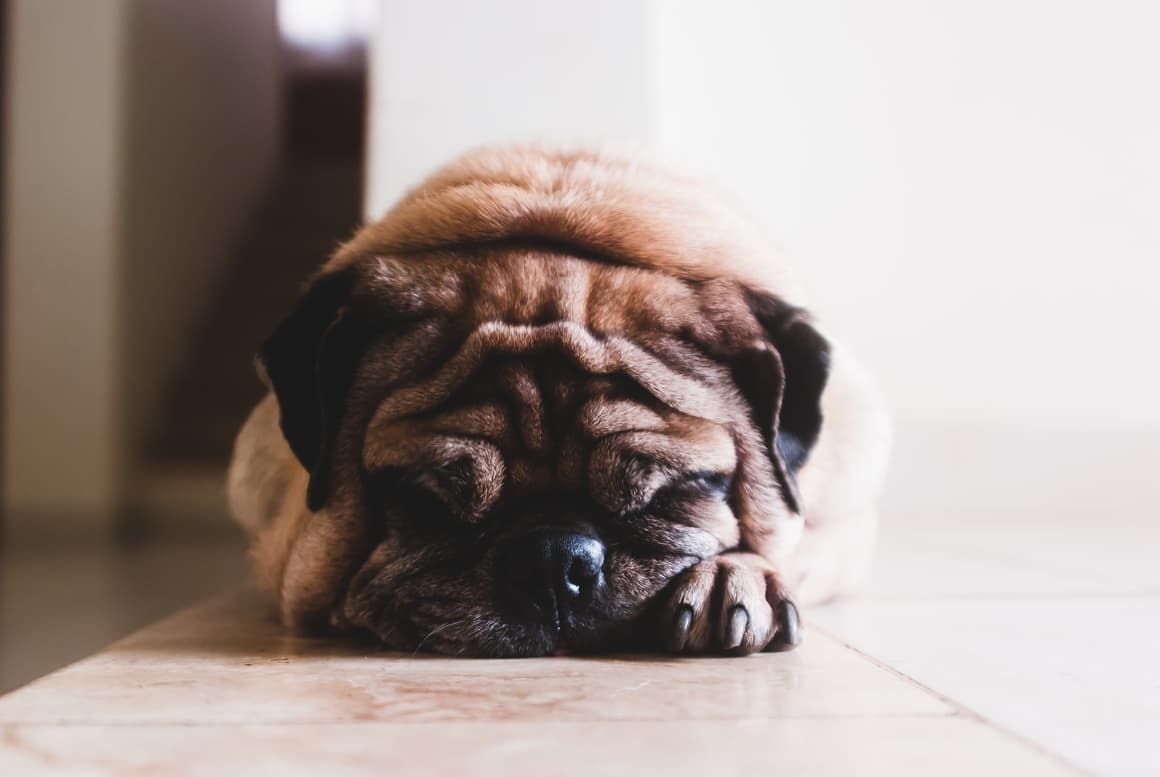 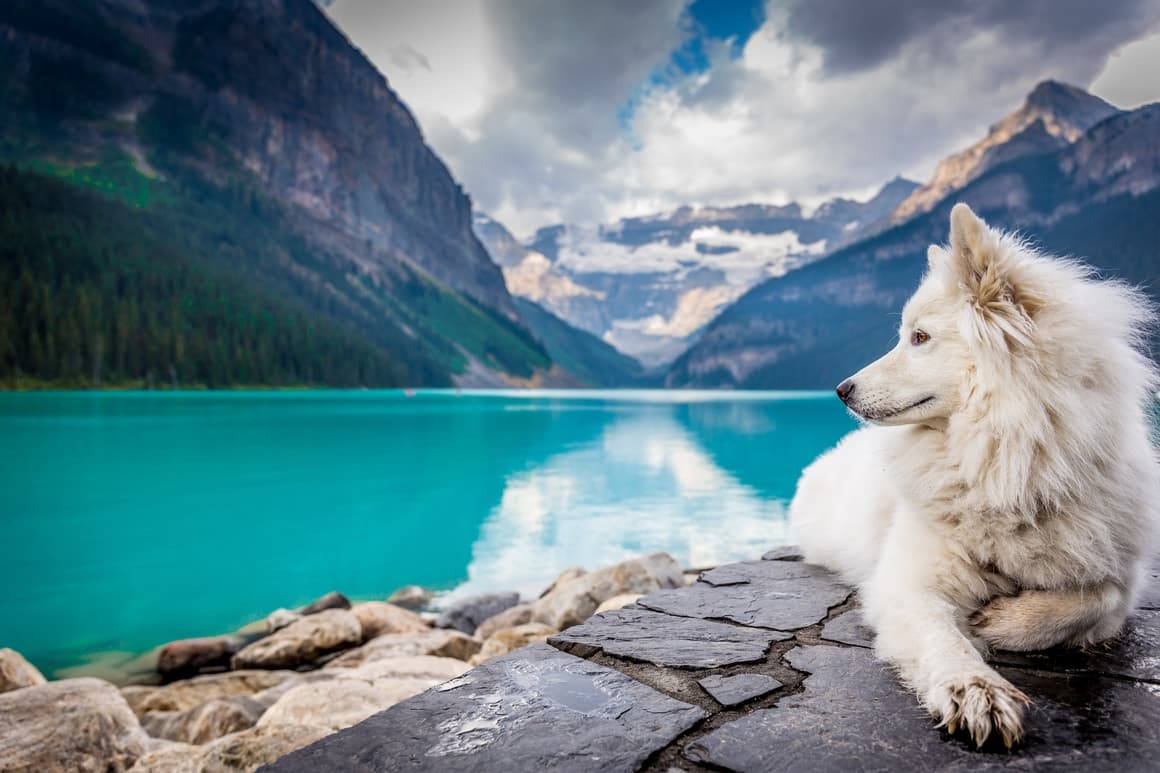 Yukio. The perfect name for a beautiful white-haired boy 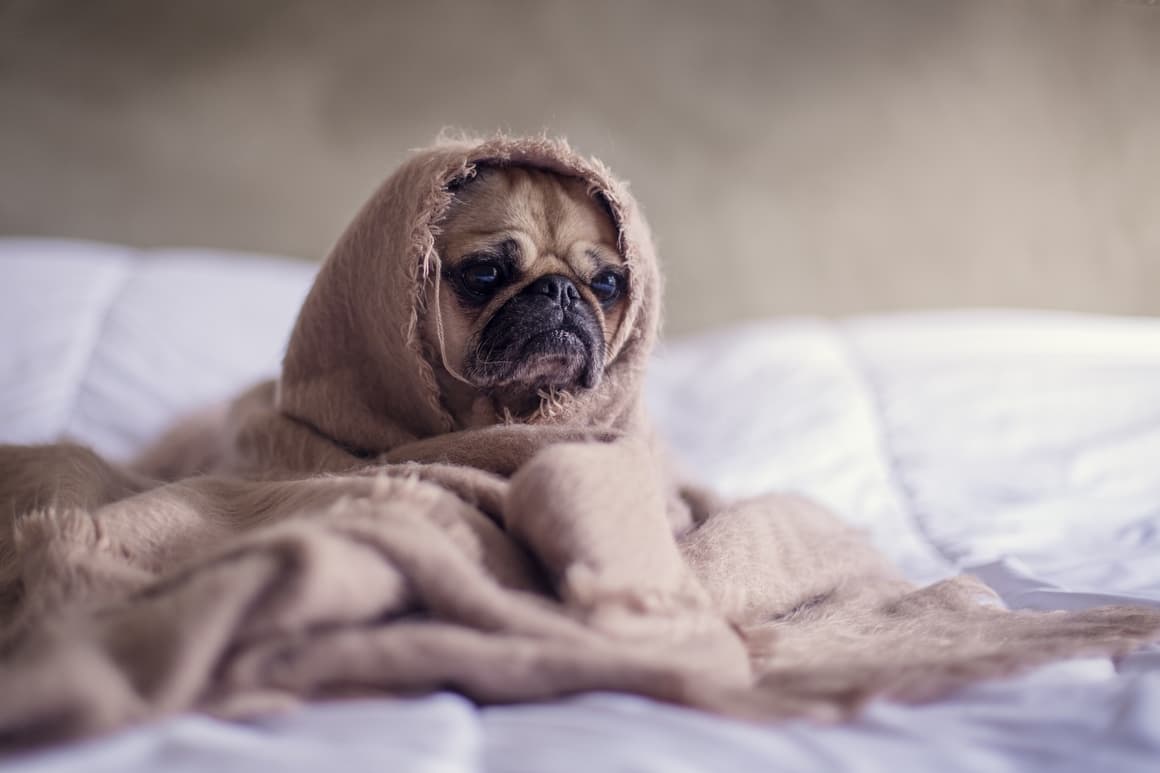 Yoda. May the force be with you. Just an idea?

WITHOUT spending $$$ on fancy courses or long-winded books?

If you have a really cute boy dog ( and let’s face it – which puppy dog isn’t cute?!) and are looking around for cute boy dog names then take look through this list and see if there is something that would suit your young chap!

Loki –  A Gog in Norse mythology

Ollie – Short for Oliver. Ollie is from Germany and means ‘elf army’

Tommy – An Aramaic name meaning twin (great if you have two dogs!) 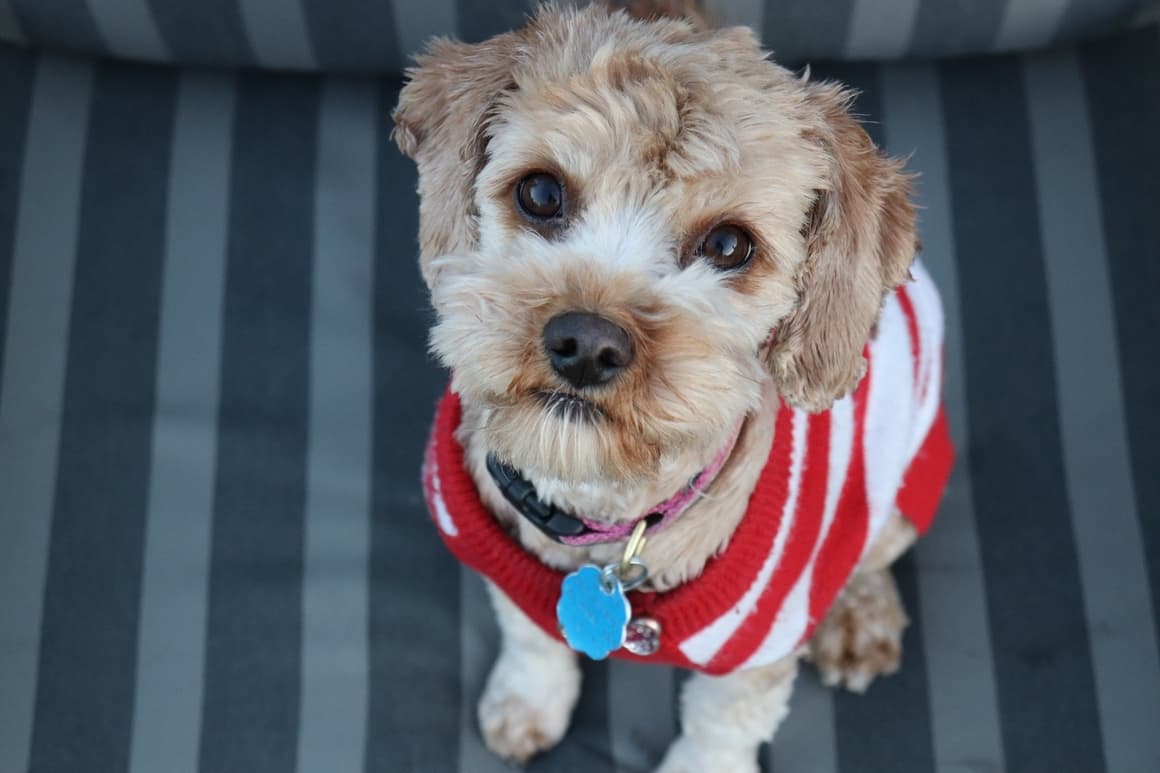 What do you think? Am I cute?

And for those of you who love the super small breeds, this is the list for you!

From the smallest to the shortest, here are ten names that would suit small dogs whatever their breed!

Morsel – A small piece or amount

Pebbles – A small, smooth round stone

Teddy – Apart from being a soft bear, the name Teddy means ‘wealthy guardian’

Artoo – A fictional character from  the Star Wars films

Spock – For all of you Star-Trek fans! 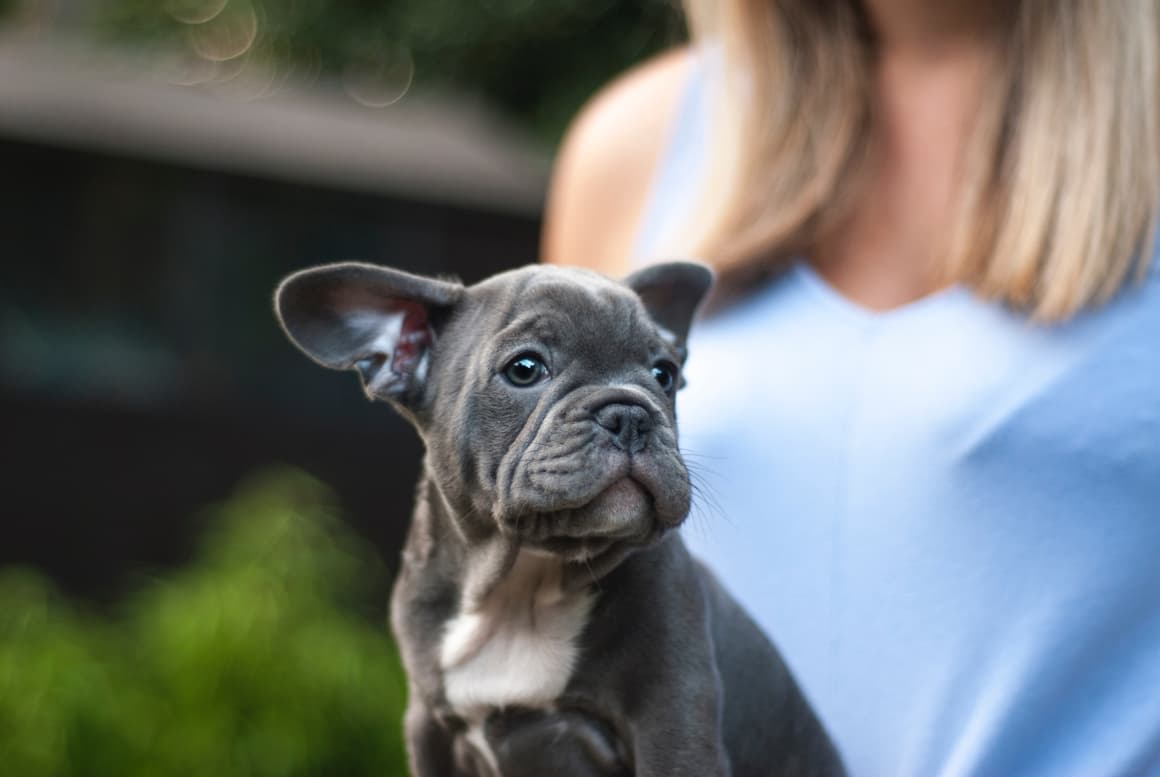 Looking for the perfect small dog names for your boy? Here they are!

Other posts that you Will Enjoy

100 female dog names that your girl will love

A puppy crate. Choosing and using the perfect one

10 Things to consider BEFORE you buy a puppy 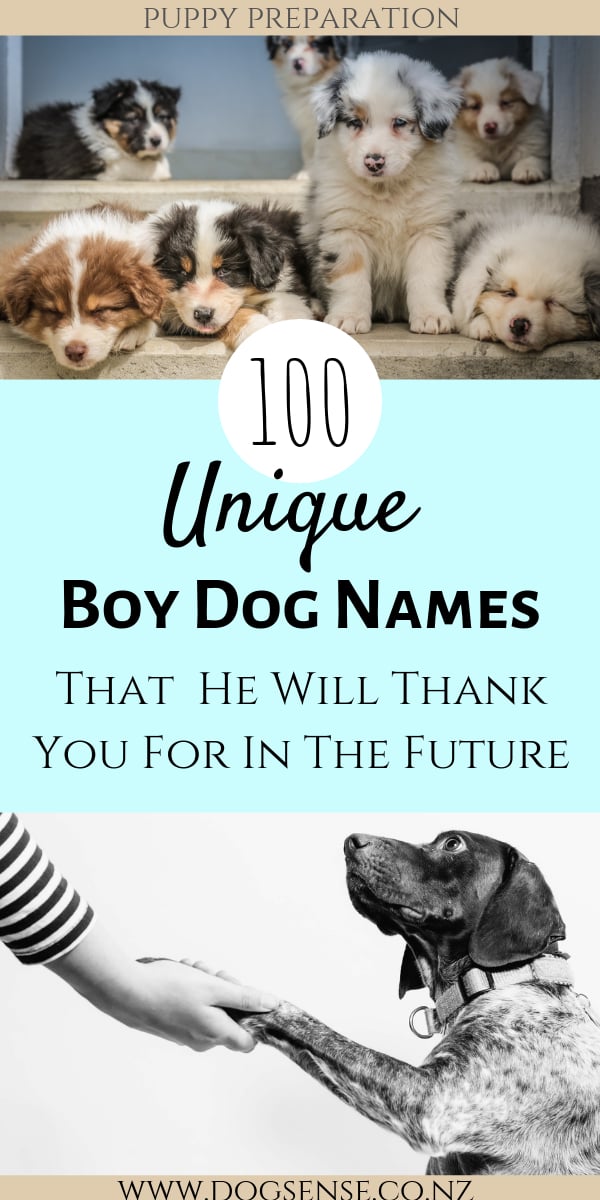 What is a male dog called?

For you to save to Pinterest!⇓ (for when you finally decide to name him!) 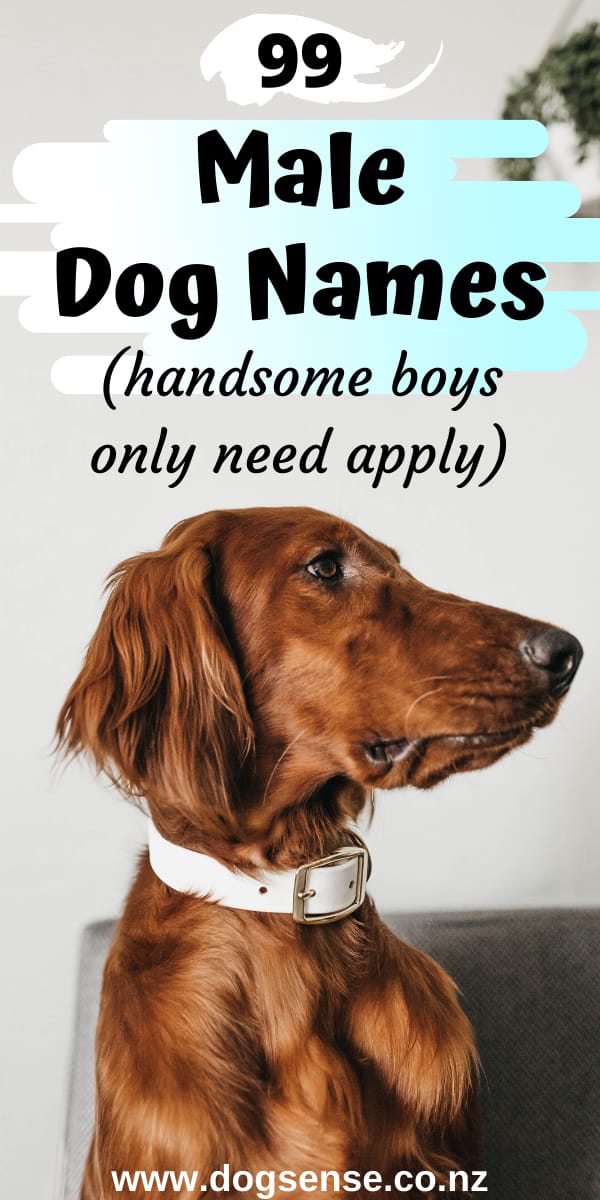 What To Remember When Searching Through Unique Boy Dog Names

Did you find what you were looking for? Did you make the shortlist?

We have also compiled a list of over 100 unique names for female dogs too (if you happen to be adopting or buying two puppies!)

A word of advice when choosing the best name for your dog – you won’t be able to please everyone! You may find a name for your boy that you thought was lovely and then you make the mistake of asking the next-door neighbour or your regular pet sitter.

Pick the name that you love the most, run it by the immediate family members and then go for it!

You have taken the time to research the list of unique boy dog names and now is the time to present it to your puppy and let him own it with pride! Remember – if you enjoyed this post then PLEASE share it with a friend! Give my love to your puppy!

We are a participant in the Amazon Services LLC Associates Program. An Affiliate advertizing programme. To know more please read our to Disclaimer Page